This blog is inspired by a precious three year old named Desi. She is the youngest of three sisters and hence learned to talk early and hold her own with her older siblings. Scrappy doesn’t’ even begin to describe this mere slip of an elfin babe. She is also the child of my nail artist Eva and beyond adorable as toddlers go. She is the reason I tried the cake function on my Instapot. She had climbed into my lap while I was getting my nails done and asked me, as only a perfectly confident three year old could, if I could scooch my butt over a little. It was such a hilarious request that she instantly became known in my house as, “Scooch Your Butt Over a Little Desi”.

Poor kid, I will refer to her as that for the next thirty years.

So Desi, being a precious three year old, happen to ask me to make her a bumblebee cake and I took the challenge to heart. I also decided it was an ideal opportunity to try and cake function on my new Instapot.

It was not, to be blunt, a success.

First, I didn’t use an insert pot as was suggested. I smugly assumed I knew what I was doing and opted for a small metal bowl that would give me the desired shape. I then made a bigger mess of what was already going to be a real mess by balancing cupcakes on top of the bowl filled with the remaining batter.

The option and my bad stab at architecting a solution to cook all the batter at once simply didn’t work. I had to reset it three times which amounted to nearly two hours of cook time. I later figured out that I had likely not secured the lid correctly and it was not heating properly. Then, the batter overflowed everywhere. Sigh. There went a perfectly good 99-cent cake mix.

Undaunted, I scooped out all the cooked batter and bravely attempted to mold a domed-shaped cake together. It was actually very moist so the shape held nicely. Then I made the mistake of trying to decorate it to look like a bumblebee.

On a good day, my decorating skills are pathetic. At best. The moistness of the cake make the frosting wonky and I didn’t think to do a crumb coat. It was, from beginning to end, an absolute visual disaster. Still, I brazenly sold it as a, “Post Apocalyptic Bee Cake”. The lone surviving bee in a world of flying zombie dead bees, something along those lines. Eva was more that gracious and a little more than bemused. At least I knew it would taste good.

What this taught me was that decent baker and cook though I may be, there was still a surprising learning curve for a new piece of equipment like the Instapot. I therefore quietly went off and ordered a cookbook for Instapot recipes and techniques. Not happy about this but I should have done more research before attempting a cake.

The rice option, however, was text book perfect and just like using a rice cooker. I put in twice the amount of water as rice and let her rip. The rice came out absolutely perfectly, fluffy and steaming hot, each grain rice perfection. I had given up my rice cooker years ago due to lack of storage and counter space and oh, how I missed having a rice cooker. It is a great option. I will use it every week.

The most important tip I can give readers thus far is when using your Instapot, plan for more time than you think it will take, at least 20 minutes it a good rule of thumb. The heating element can take 15 minutes to heat up so plan accordingly. I found that once it heats up, it is expedient to cook several items in a quick succession, always starting with the pressure cooker option as that one really heats up the heating elements. From there, I just vent the steam, scoop out what I pressure cooked and move on the next item. I always end with anything that needs to be slow cooked. Very efficient. 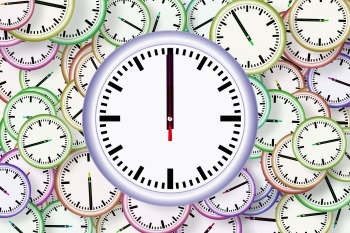 I still have a number of cooking options on the Instapot that I need to try out and master but in the meantime, I am scouring the dollar store for cheap cake and cupcake toppers and decorations because as delighted as Scooch Your Butt Over a Little Desi might be to have her own post apocalyptic bumblebee cake, I know I need to up my game décor wise. She won’t stay three for very long and she will need something much more upscale. My plan is to cheat with cheap decorations because as every bad decorator like me knows, there is nothing that cannot be made better with a heavy dose of sprinkles or sparkles.