Halloween is fast approaching. Can’t you tell by all the decorations that have been on display in retail stores for the past six weeks already? Now, don’t get me wrong, I love Halloween, always have. It was my daughter’s favorite holiday growing up and we always made a big deal of it but trick or treat is costly, make no mistake. Consumer reports say that in 2018 an estimated $9 billion was spent on the holiday $3.2 billion on costumes, $2.7 billion on decorations, $2.6 billion on candy, and $400 million on greeting cards.

So before we roll out the mechanical crows and screening monsters and light shows, whoa, just whoa. 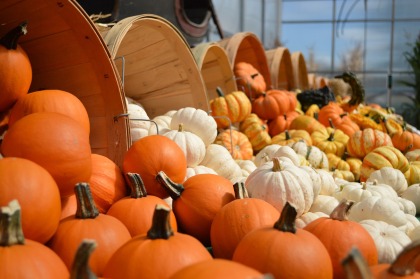 You can celebrate Halloween for very cheap and still love the holiday by:

Dollar store cake, chocolate (with oil, eggs and water according to package directions)

Method: Bake the cake according to package directions using the correct amount of oil, water and eggs. Use a rectangle baking pan. Once baked, cool. Frost with the dollar store frosting and grind up the chocolate cookies to a fine powder in the food processor or blender. Sprinkle the ‘dirt’ over the frosting and make headstones about of the vanilla cookies, you may have to shave the edges off to round them out. Decorate the cake with the cookie gravestones, gummy worms and candy bugs on the cookie dirt.

Options: You can create a gate by using sticks of cookies or prezels. Also, considering buying a dollar store doll, cutting off the arms and sticking them into the cake so they are coming out of the graves.