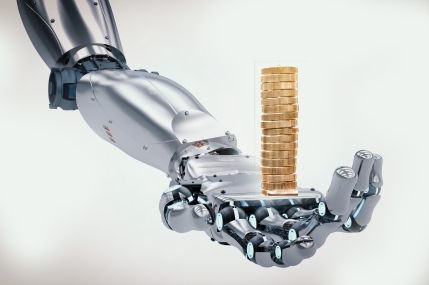 Let’s talk tech for a moment, shall we?

This last week has seen the annual out pour of news from the yearly Vegas-based trade show, CES. This is where all electronic suppliers get their geek on and every little fish strives to make a splash in a very, very large pond. From robots to sex toys (something they used to all but ban) to ‘smart’ toilets, the tech toys they are a-coming out in droves leaving all the early adapters salivating and pulling out their wallets and eagerly handing over their credit cards.

In three little words?
Don’t. Go. There.
If you don’t work in high tech, then you may not know that the vast majority of these newly previewed products don’t exist for purchase yet. These are basically prototypes companies are hoping to build consumer interest in prior to selling them in volume. Trust me when I tell you, the majority of this stuff won’t be available for purchase until later this year, maybe even the holidays. Coming from high tech, I can tell you from personal experience most of this stuff is held together with duct tape and a prayer. A lot of this stuff will never be sold or available for sale so even if you love tech toys and consider yourself an early adopter you are going to have to wait and wait and then wait some more.
There is something to be said for patience. My partner is an early adopter, he LOVES tech toys, loves them. Everything from the latest smart phone to ‘Alexia play thunderstorms’ is his bag for sure. Me? I take a very prudent, wait and see approach. I always have. That’s the frugal in me. While I like new electronics as much as the next high tech person, I also know that one, they are incredibly expensive to start off, two, they have not worked out the bugs yet and three, somebody is going to quickly come along with a lower priced, better option here very soon.
So I wait.
I was probably the last person on earth to get a wide screen tv though now I have three. They all cost well under $500 and were bought on sale at various times. I never bought the latest and greatest, I bought what I needed, period. When my partner moved in, he left his giant wide screen tv behind in Virginia. I scoured the sales and finally bought one at Costco, it was HUGE by my standards but absurdly inexpensive compared to what my partner had paid for his just a couple of years earlier. It was bulky and hard to move by myself (I was afraid I’d drop it and break it) but I finally managed to get it set up with no issues. It took mere minutes, by myself, to get it up and running and hooked up to my cable whereas my boyfriend’s version had taken two visits from his local cable, three tech-geek friends and a lot of headaches. Things improve very quickly when it comes to the evolution of electronics.
A couple of months before Christmas my partner asked me if I wanted a certain Smart Watch. I immediately said NO, they are a pain to set up and very expensive. However, I was wrong, my partner looked at both price and set up and quickly concluded that those two barriers to me not wanting a Smart Watch had been overcome already. He bought me one and I didn’t know it until Christmas morning. I was touched but still worried about set up. Turns out I was wrong there too. Set up consisted of loading an app on my phone and the rest was done automatically. That’s it. I was not only charmed but quickly started using my cool new watch for everything from news alerts, email, messaging and fitness tracking, just to name a few. Had my partner listened to me, I’d never gotten such a cool and very useful productivity tool. My only complaint was the packaging. Given the company (hint, one of the biggest and bet known brands in the world), one would have thought they would have been more progressive eco-friendly in their packaging. Instead, the watch came in the sleekest, most complicated and ‘cool’ innovative type packaging. It actually took longer to extract my gift from the packaging than it did to set it up. Fruit-named company, you might want to take this to heart. Your packaging is very, very cool and highly unnecessary. It is adding to the waste of an already highly polluted and garbage-enveloped planet. Think about that next time you guys decide to get all design-clever and uber cool with your packaging.
The moral of this particular blog is that patience can result in significant savings especially when it comes to cool new electronics. My smart phone is starting to not hold battery the way it used to, a sure sign I will need to replace it soon. It is years older than most of my friends’ smart phones. I am starting to scour the deals for upgrading my phone but I won’t make a snap decision, I will wait a few months for a better deal. As new versions roll out, slightly older versions plummet in cost. Now, that’s my bag.