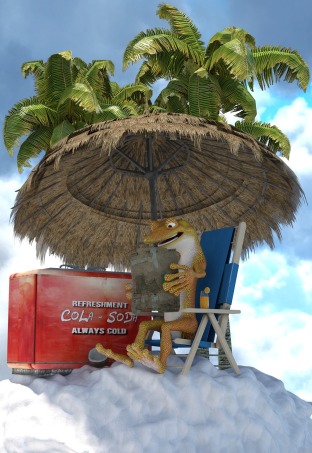 The temperature is in the triple digits right now and the heat is as simmering as it is oppressive. Going outside feels like walking into a burning hot oven. Mostly, we stay indoors although I have taken to sitting on my chaise lounge in the backyard with a fan blowing full blast.

Inside? My slow cooker provides some much needed frugal meal support.

I sometimes think I am the only person who will literally, use my slow cooker to death. Summer, winter, spring, fall, it doesn’t matter, I use it year round but most especially in the summertime when cooking over a hot stove seems like too much work.

I will fill my oven in the early morning with some frugal cooking project but I am always done before the heat takes hold. Today I took the bones from my partner’s chicken wings, along with other bones I had collected and roasted them. I tossed in chicken skin on another sheet pan and cooked up some things for my homemade dog food. It was a warm 45 minutes before I hurriedly shut off the oven. I then took the roasted bones and placed them in the slow cooker with water to cover. I tossed in a couple of carrots that had seen better days and a quartered onion along with a fist full of herbs from the garden and some fragrant bay leaves. I tossed in some garlic salt and pepper for good measure. Simmering on low, I will have more chicken stock by the end of the day and this when the slow cooker gives off little to no excess heat, a real blessing in these triple digits dog days of summer.

My partner had bought the dogs some steeply discounted beef the other day so I tossed that in the oven as well. Cooked, I will cube it for another batch of homemade dog food. The leftover carrots from the chicken stock will get added into the from scratch dog food later today. My pets eat well, no doubt about it.

Below are a baker’s dozen of slow cooker meals that I rely on in the heat of the summer. These are cheat frugal meals for sure, for days when the heat really drives you from the kitchen and you don’t feel like cooking. They rely heavily on canned, dollar store finds and leftovers.

Obviously, when not specified, the amounts of proteins in each of these recipes will vary quite a bit depending on the number of people you are cooking for. The proteins I did specify amounts for feed four. For four people, figure four chicken breasts or six thighs, 16 golf ball sized meatballs and so on. For enchiladas, I usually make three for each person. For potatoes one for children and two medium each for adults. For pork chops two each and so on. 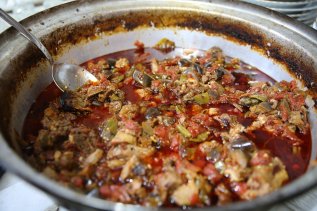